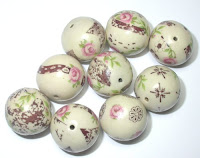 Take a good look at these beads. Click on them and have a closer examination. These babies are the culmination of over a year’s worth of head scratching and befuddlement. I love the idea of taking my own design that I created from scratch and making a decal from it — but I love the commercial decals too. They’re just pretty.

In the recent past I’ve drawn a bunch of cartoon-y-type daisies and for a variety of reasons they just don’t fire well on the beads. I don’t know if it is because there are too many lines to deal with or what… but I have only a few that I have been satisfied enough to put in my store.

While watched a documentary a few weeks ago on fractals, a flood of ideas came to me — the patterns in these fractals are hauntingly beautiful. I found a fractal program on the internet and began playing around, zooming in, changing the function a bit (it helps that I do have a good bit of math under my belt though I would flunk any test given to me at this point in time — I got a “B” in Calculus over ten years ago, and I will forever and ever find a way to shamelessly brag about that.)

After I had zoomed into a fractal area that I particular liked, I captured it and placed it into my graphic editing program and went to work further altering it, then I printed a sheet of decals and realized I had nothing to mount these beauties on. Now, I didn’t completely use fractals — there are some beads that are from designs that I’ve picked up here and there, but the bulk of the designs are from the fractals.

The next day I spent trying to decide which clay body to use — you would think this would not be a difficult decision, but it was — Should I use Bright White? Medium White? Creamy White? Brown? Nah, not the brown — then I had to decide after they were bisque fired if I was going to put down an underglaze or keep the white. I kept the white and applied a simple clear gloss and fired them to maturity.

Finally, days later, I was able to apply the decals. I cut them into strips and all sorts of shapes … teeny little things they are! I fired them to cone 04 (which took me waaaaay too long to figure out) and when they came out I had already pre-cut the small delicate pink roses to apply.

The hard part was to resist completely covering them with the commercial pink rose decals. I realize I have a tenancy to overdo and I didn’t want to overdo these.

All in all, I am thrilled at the way this batch turned out. I would like to go bigger with this sort of design, perhaps a teacup or two (or three). We’ll see…. 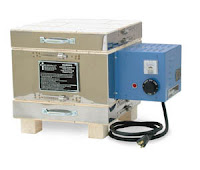 I’m SO glad I have two of these. It never fails that when I start a kiln load after not firing for a couple of weeks, invariably the one I am trying to start will not start. I’m getting a PLOG error on the one that is not working. I think the wires probably just have to be tightened, however, I bought another one earlier this year for times just such as these.

So I have a batch of high fire beads going and hopefully the kiln posts will not topple and HOPEFULLY they will be pretty enough to take some photos of. Hopefully. 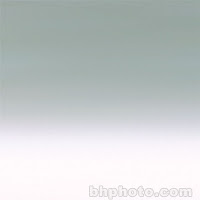 I ordered this today and I am excited about it. I’m tired of my ‘hang up a white dropcloth” photos and this will help me better present my pottery.

With this I may be able to enter a few contests. We’ll see. I have a good camera, a Nikon 4500, old but reliable. I have good lighting (150 watt natural sunlight bulbs), but the background … ugh!

You may be wondering why there is a pair of shoes on a pottery blog. I’m certain the suspense is overwhelming…or is it? This weekend is the Texas Pottery and Sculpture Guild sale at the Fort Worth Community Arts Center. I am the sales chairperson this year and I have to be there the entire sale. I got to thinking about what all that could mean in regards to my feet and so today I went and bought these comfy Crocs.

I am more into comfort than fashion and while part of me would love to scream all day about how these ARE fashionable, I know in my deepest heart of hearts that they are really quite hideous. However, with long dress pants only the most observant will be able to tell and since I’m not big into what people think … who cares? It’s a fact. I will be wearing these shoes to church from now on. My hubby has a business dinner in a few weeks, formal. I’m wearing these. Or maybe the high heels that I found here.

I already own a pair a Crocs and wore them exclusively all summer long. I have been wondering if there could ever be such a thing as comfy dress shoe Crocs. Also there are now waterproof Crocs which can be worn during the rain. I NEED THOSE!!!

I am probably the biggest Croc fan out there … and that’s no crock(pot)!