With all the pottery making I’ve been doing lately, I had forgotten all about the heat gun I have stored in my studio closet. I pulled it out today because I’m practicing making lids.  I can quickly dry the lip and lid to fit them together using that heat gun.

The idea is to make lids until I can make them easily. Every so often I practice but I never actually get better at it … but someday if I keep practicing, maybe whatever switch that needs to switch on in my head will switch on … I like to watch pottery videos of how to make lids …some people throw them on the wheel. Others swear by handbuilding. Some use a mixture of both.

Me? I’ve failed more times than I can count, and even when I get a lid to fit, it doesn’t fit the style of the pot, usually. 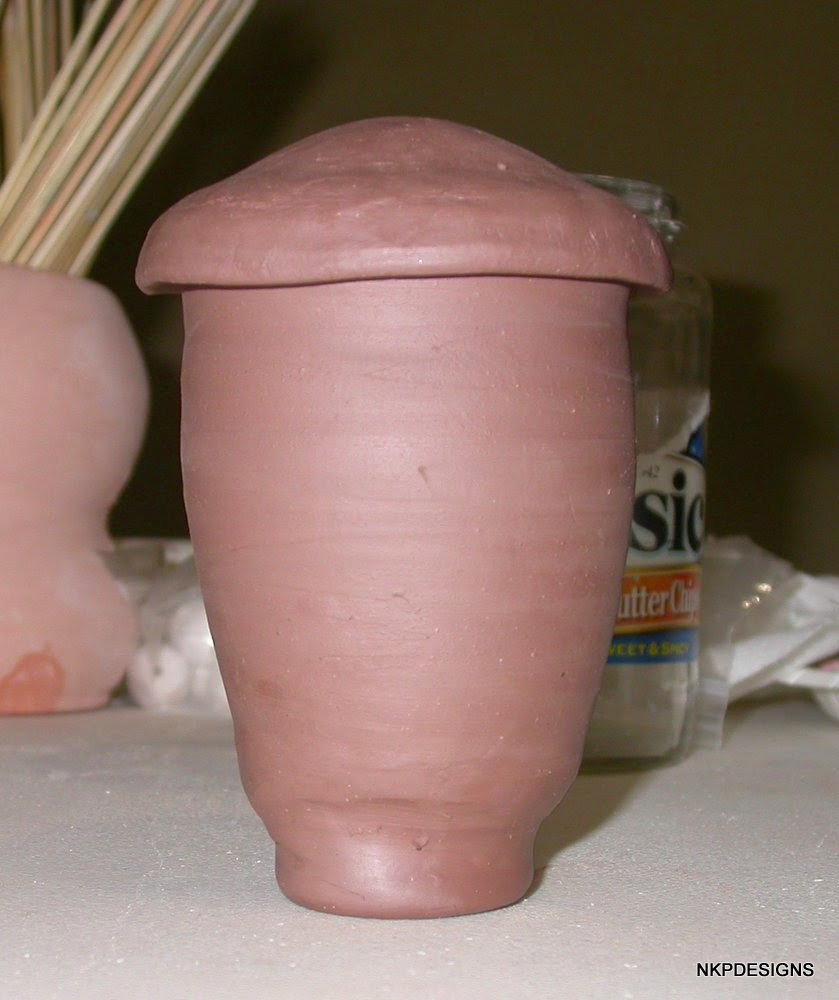 I intensely disliked the result.

I messed with it some more (added a handle) and thought, “PRONGS” … gonna try prongs. 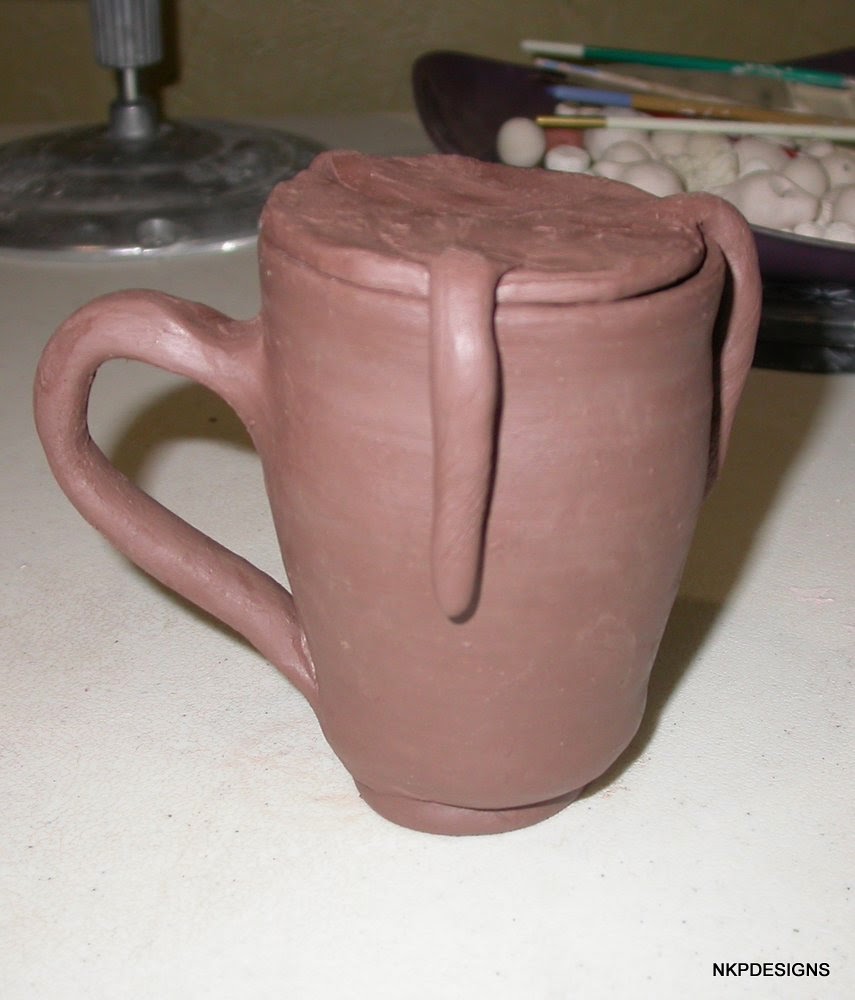 I still intensely dislike the result.   I got to looking at it, and decided that maybe I could put little round balls on the ends like is on some jewelry prongs, so I came up with …… 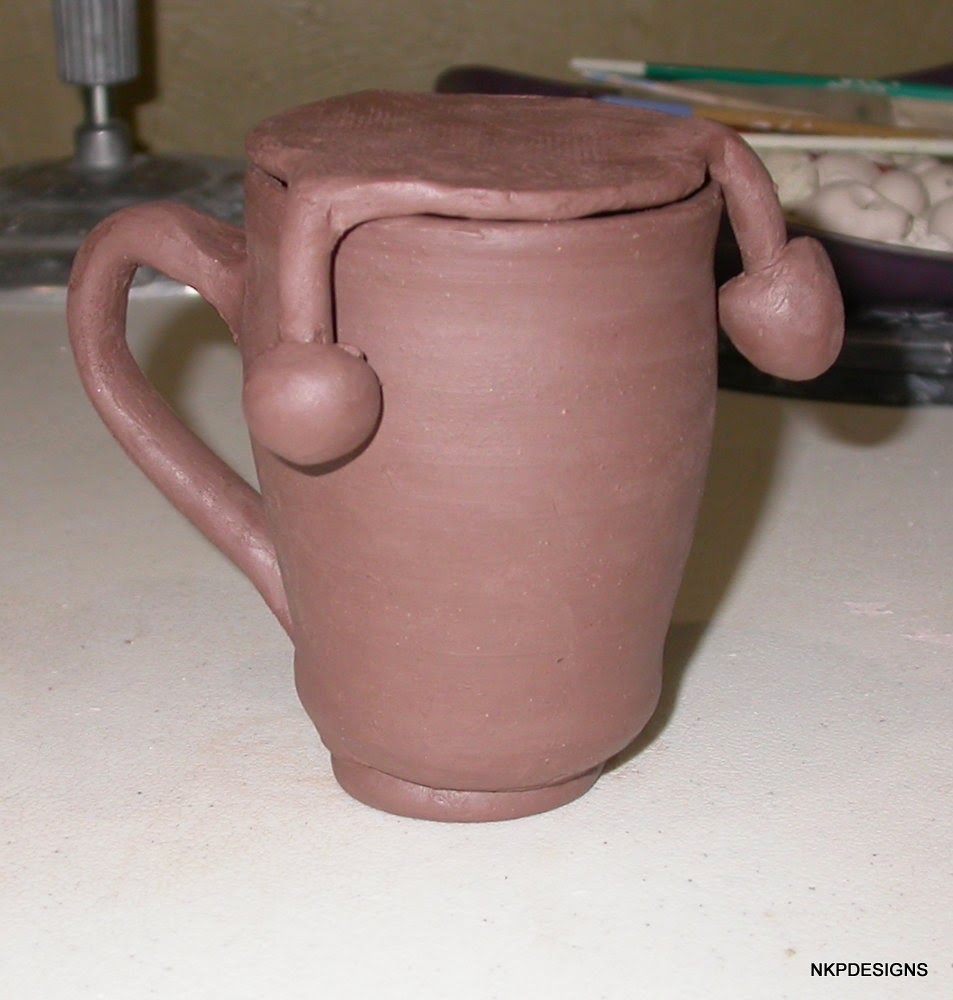 I strengthened the joints with coils of clay and while this is somewhat strange, I don’t dislike it as strongly as the previous.

This is my jumping off point … I will continue to think about this particular idea and see what it evolves into.

Thanks for stopping by.