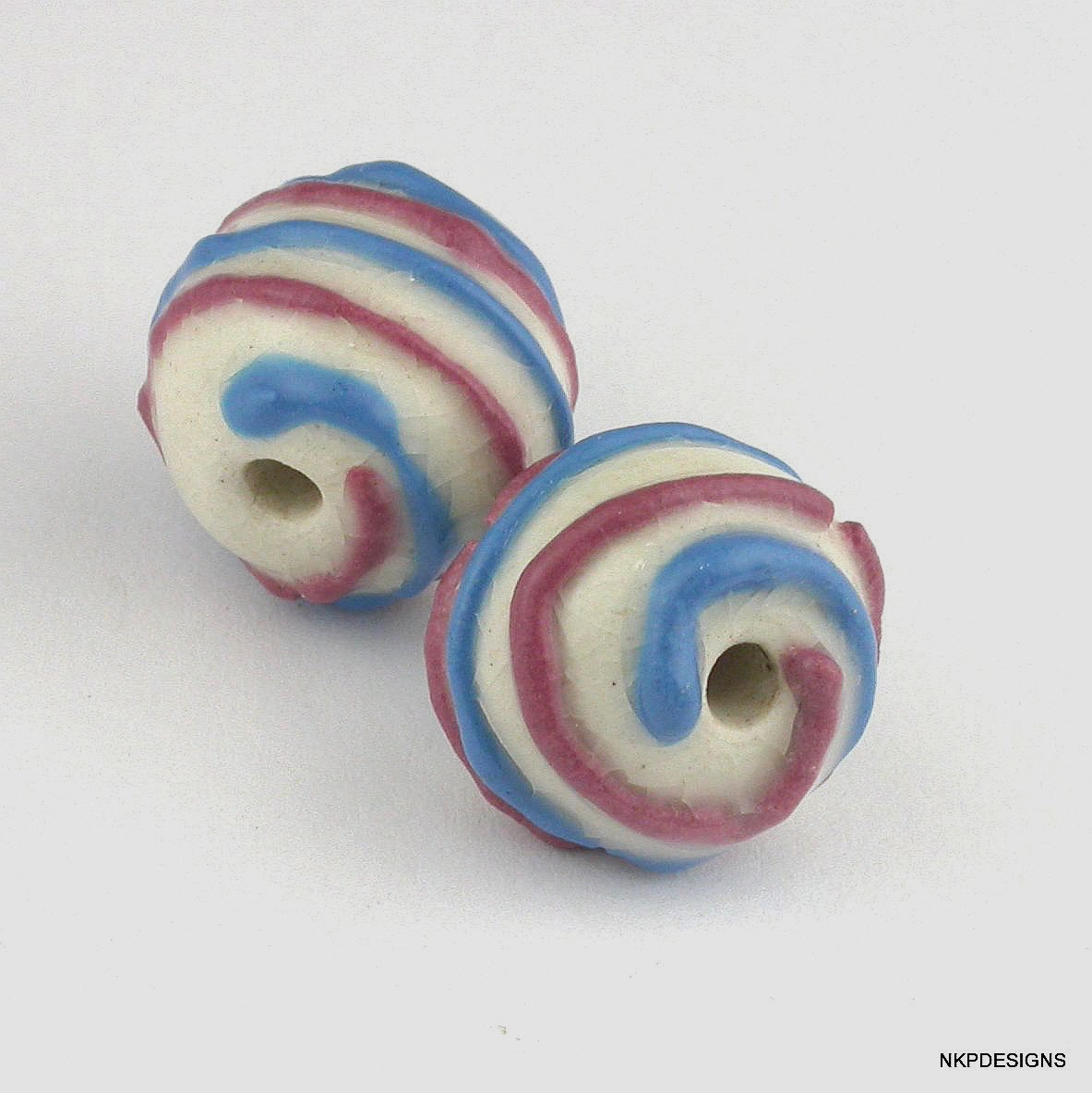 There seems to be a bit of confusion on this issue recently, especially with the addition into the marketplace of Laguna’s Air Dry Clay which does not need a kiln in order to harden.

So if the material is clay, then it must be ceramic … right?
Wrong.

It’s not ceramic unless certain conditions are met, and these conditions can only be met with the addition of heat.  Why? Because heat makes the clay crystallize. Ceramic clay when fired form opaque crystals.  I would never call ceramic clay “glass”, or even “opaque glass” — even though technically it is the same material as ‘glass’.  Why?  Because it would be misleading to do so.

AND anyone who knows me, also knows that I value every kind of medium for creating beads: paper, metal, wood, seeds, glass, resin, plastic, polymer etc ….  If a customer types in the search term “clay bead”, they may be fooled into thinking an air dry clay bead is made from ceramic clay. That would be a shame.

Note:
Bisque firing usually is done at about 1730⁰F (945⁰C), after the ware has sintered but is still porous and not yet vitrified. This allows wet, raw glazes to adhere to the pottery without it disintegrating.

Sixth Stage: Vitrification and Maturity
Vitrification is a gradual process during which the materials that melt most easily do so, dissolving and filling in the spaces between the more refractory particles. The melted materials promote further melting, as well as compacting and strengthening the clay body.

It is also during this stage that mullite (aluminum silicate) is formed. These are long, needle-like crystals which acts as binders, knitting and strengthening the clay body even further.

It is also imperative to note that different clays mature at different temperatures, depending on their composition. A red earthenware contains a large amount of iron which acts as a flux. An earthenware clay body can fire to maturity at about 1830⁰F (1000⁰C) and can melt at 2280⁰F (1250⁰C). On the other hand, a porcelain body made of pure kaolin might not mature until about 2500⁰F (1390⁰C) and not melt until over 3270⁰F (1800⁰C). “

SOLUTION:  Feel free to ask the artist:”Is this clay one of those air dry clays?”