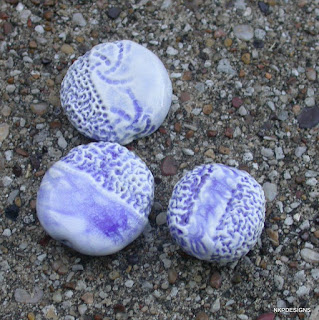 I started my big kiln yesterday morning … or at least I thought I had started it.  So there it was, 3 pm in the afternoon before I decided to go into the kiln room Hubby built to see how far along the burn had progressed.  And the digital display was blinking its error message and internal temperature (about 200 degrees F).

I turned it off and stared at it for a bit.  I thought, “What did I do wrong?”  It took me a few minutes (some days I am slower than others and obviously at that moment my brain was on sluggish mode).  I realized I had not turned on the timer.  So I turned on the timer for about 12 hours so that if the kiln over fired it would turn off. I reset the digital and stood there and watched it.  I heard the relay click for about 4 minutes without the temperature rising.

I have this bad habit of going to the worst possible place in my mind.  At that moment all kilns were doomed to misfire. No kiln would ever worked right if I owned it, and on and on and blah blah blah.  Then it dawned on me that I forgot to push the button on the kiln setter.

I know I know ….why do I have a timer, a digital AND a kiln setter?  Yeah, well, I ordered both functions, wanting them to work separately but the company who took my order didn’t understand what I wanted so basically I ended up with this very very safe kiln (that won’t fire if I don’t turn everything on to work in unison).

I turned off the digital again, pushed in the plunger, reset the digital and voila!  Finally, the temperature began to rise.

BUT it was 3 pm in the afternoon and I had it on a slow bisque firing because of the heavy handbuilt items.  I wasn’t thinking.  I often forget to think.

It finally finished about 2:30 am in the morning. I suppose I could have gone to sleep but I couldn’t sleep until the kids got home, either, when they were teenagers.  That’s just how I am.

I won’t be able to unload until this evening probably.  That’s okay. I loaded up the smaller bead kiln about an hour ago. It’s not digital. It’s just a kiln setter. So I have to go turn it up every so often, and looking at the clock just now, it is time to turn it up again.

Have a great day and thanks for stopping by!
Natalie

One thought on “Yawn!”