Yep, it’s definitely going to be a teapot.  I thought it would be, but now I’m certain. I better be. I threw a spout for it.  I began this morning by going into my studio and evaluating the handle I put on it late yesterday afternoon.  I wasn’t happy with it.  I agonized.  I like the first handle on the pot on the left so much better, but now that the teapot is leather hard, there’s not a lot I can do  …I could cut it off and start over, yes, I could bathe the pot carefully in paper towels and bring it back to a more workable level. A lot of potters work things out this way, but me? I’m too much in a hurry…I’m not a patient potter. 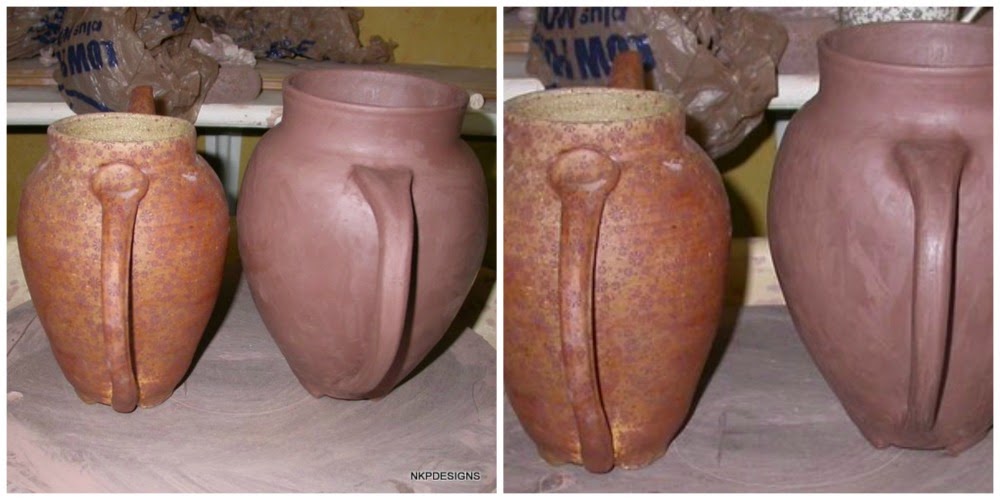 The photo on the left is what I saw after unwrapping the teapot.  I did mess with it a bit ….I carefully pushed on one side and smoothed the other … I also added rolled joints to the top and bottom part where the handle attached (for added strength) and burnished the entire teapot a bit.
I then sat down and pugged out a small log of clay (de-aired it, yay, no wedging) … and in no time had formed a lid and a spout (see picture below).  Yesterday, try as I tried, I could not throw the lid.  I lost count of how many I destroyed. But today?  I suppose that happens when the brain rests.
Later today I will attach the spout (gotta let it dry) and the lid will need some fiddling with, too.  I haven’t decided whether or not to attach a handle to the lid. 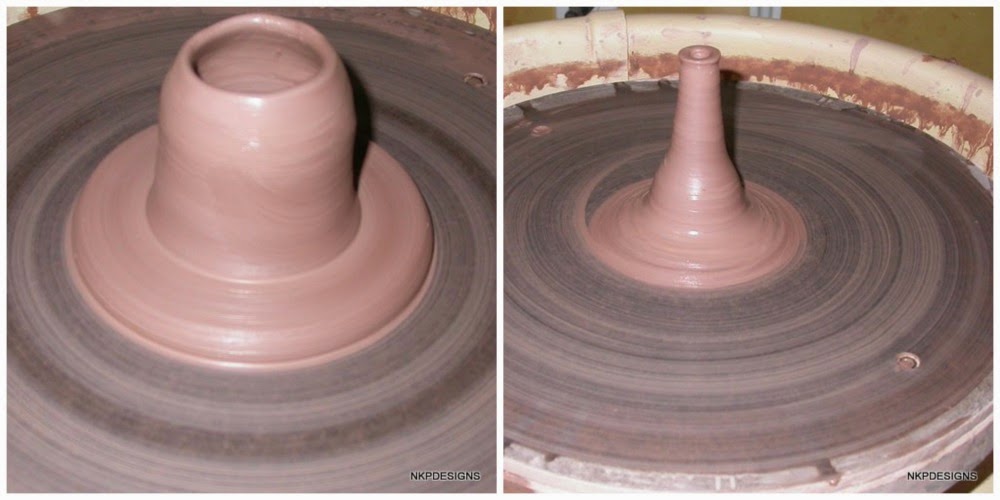